The Failure of Capitalism and Free Markets

Welcome back you bunch of HomoEconomicus! Today we will be exploring the shortcomings of capitalism and of market failure.

We praise markets for their countless seen as well as unseen benefits, whether it is allocative efficiency or productive efficiency. However, it is not all rainbows and butterflies. For example, market failure is a very real phenomenon, and it arises when the market does not take into account all the costs of an economic transaction. Market failure manifests itself in the following ways:

What is the Solution?

Firstly, the downsides of the market are brought about due to several factors, such as factor immobility. The factors of production (land, labor, capital enterprise) are considered to be quite fixed in the short-run and more variable in the long-run, with the exception of labor. Additionally, the lack of information regarding a certain product like with cigarettes in the 1950s is also a cause of market failure. Now, what is the first thing people think about when the market fails… the government must step in and save us from the excesses of capitalism right?! Well, not so fast now.

Let’s evaluate the aforementioned examples of market failure. Negative externalities, such pollution sometimes linked to the concept of opportunity cost (the value of the next best alternative foregone). China has been experiencing double digit levels of economic growth for the past decades and is now at 6.7%, it is no coincidence that it is one of the most polluting countries in the world.  Being a developing nation, increased industrial activity is one of the only ways to achieve prosperity (this inevitably entails pollution), but if some pollution allows 800 million Chinese to be lifted out of poverty… it could be a price worth paying. In the case of decreasing fish stocks, supply sometimes creates its own demand (Say’s Law… chill it will be discussed in depth quite soon ladz) and if there were no people whose lives depended on catching fish, then fish stocks would be exploited to depletion but if there is a necessity to catch fish then people will either find ways to preserve the raw material in question (like in fish farms, or by constantly replanting trees).

Furthermore, certain public goods like roads used to be privately constructed/maintained and financed by toll booths. However, the non-rival and non-excludable nature of said goods does make them quite hard for an entrepreneur or investor to want to produce them since one cannot exactly charge everyone for using one street light. Plus, do make note that public goods are not free (no such thing as a free lunch buds) and are financed through taxation; the downside being decreasing the disposable incomes and therefore, the spending power of people in society.

When it comes to the creation of de-merit goods, it tends to boil down to the issue of personal freedom and to how far one believes the government should attempt to intervene in individual lives to improve them. This one is mostly determined by opinion but one can also mention that as information (harmful effects of cigarettes) is more widely available through the internet for example, then the market tends to weed out bad investments and products in quite a short span of time. For instance, bar revenues which became smoke-free zones increased as well as those which had designated smoking zones, as opposed to those which retained their old smoking rules.

Additionally, some economists argue that information asymmetry is quite a prominent issue, like was the case with the toxic financial derivatives created with the sub-prime loans in the US stock market. However, since one can only benefit and prosper within a free market if one produces a valuable good or service – of high quality and low cost – then there is not much incentive to deceive the consumer. It would be a PR disaster, like with Volkswagen’s  which led to their stock falling by over 50% and still struggling to recover.

The point of this post was for you guys to have a deeper insight into market failure and that government intervention is not necessarily the solution – always take things with a grain of salt and question absolutely everything (Socratic method for the win) – since in many cases the economic distortions which the state creates can be very harmful in the short as well as long-run. Plus, government failure is also a very real issue which comes to play when analyzing this. Government’s tend to have a much shorter eyesight (myopia) than does the economy, since their goal tends to be reelection in 4 years and they have to enact ‘popular’ (sometimes disastrous policies) to do so; decreasing market efficiency through excessive bureaucracy and red tape, like in the Soviet Union; exorbitant policy costs to taxpayers, when benefits are not exactly clear and not properly weighed against the drawbacks. N to mention that even with virtuous aims, unintended consequences can always arise due to the dynamic and incredibly complex nature of the economy.

Just wanna finish of with a legendary quote from the man himself, the cheeky FA Hayek:

The curious task of economics is to demonstrate to men how little they know about what they imagine they can design.

May the ECON be with you 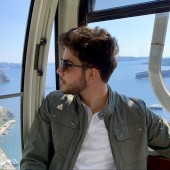 I'm a HomoEconomicus! And ever since I can remember economics has been my one true passion. I am currently on a ruthless pursuit of knowledge and TRUTH. Diegonomics is my canvas... May the ECON be with you

Why Are Some Countries Rich and Others Poor?

I, Pencil! (I bet you cannot build it from scratch)

The Truth About the Gender Wage Gap

This site uses Akismet to reduce spam. Learn how your comment data is processed.

I'm a HomoEconomicus! And ever since I can remember economics has been my one true passion. I am currently on a ruthless pursuit of knowledge and TRUTH. Diegonomics is my canvas... May the ECON be with youRead more...